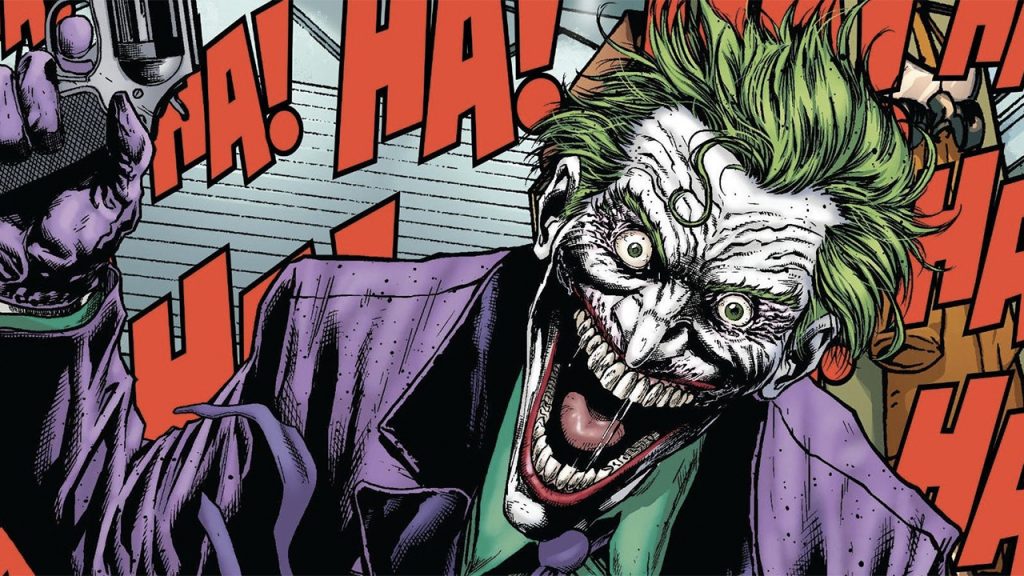 People often say that a hero is only as good as their villains. The antagonist has the ability to draw out certain character aspects that cannot be brought out if the characters were on their own. They can challenge the antagonist in ways a generic criminal just cannot do.

The most notable of Batman’s villains is the Joker. A mentally insane, sadistic madman. He challenges the sanity and the moral fortitude of Batman. The Joker is a mental challenge for Batman and essentially the one mystery he cannot solve, as shown here at ExpressVPN’s infographic on Batman’s villains. As a writer, one is confronted with a dilemma of how to test the man who solves everything? You provide him with someone who has no purpose, no real endgame. Batman often fights crime on a smaller level, compared to his justice league counterparts, which is why the Joker may quite be the perfect villain. Batman has an internal struggle with his sanity as well. The Joker is the only person who will make Batman question his entire method of dealing with a villain, going so far as to admit he wants to kill him. But what is Batman without the Joker?

Another prime example of a villain who challenges his arch-nemesis could be seen in the case of Superman and Lex Luthor. Lex proves to be no real physical challenge for the man of steel – but the purpose of Lex is not to defeat Superman in the physical battle, but to overcome him in terms of intelligence and more importantly, in humanity. Every time Superman feels close to humans and humanity, Lex comes through to remind him that he is not human, but at the same time, to tell him that humans do not need him. While Superman looks to fit in and be one with the people of Earth, no one has rejected him as openly or as often as Lex Luthor. By challenging Superman’s mind, Lex causes Superman to think that he does more harm than good for the people. This goes to show that the man of steel is only steel on the outside.

To find out more about some of the greatest villains of all times, take a look at the list below:

Over the years, the Joker has evolved into one of the greatest comic book villains of all time. Other Batman villains have had their time in the spotlight, and while many might be popular on their own, no Batman villain really compares to the complexity of the Joker. Over the years, the Joker has changed, become more complicated, more sinister, and somehow, more human. He’s unpredictable, obsessive, and diabolical. He can’t beat Batman, or other villains, in terms of gadgets, weapons or strength, but his character is so intriguing that he has endured for more than seventy years and continues to enthrall readers and audiences.

The MCU has turned Marvel superheroes into household names. They’re now ingrained into popular culture. Even people who don’t read comics love the Spider-Man films or the Iron Man trilogy. But arguably, the most popular superhero in the world is still Superman. Here’s the thing — Superman is the hero he is, only because he has a counterpart like Lex Luthor to challenge him.

Just as the Joker has evolved over the years, so has Lex Luthor. He began simply as an evil scientist, but he went on to become an evil businessman, an evil politician, and an evil supervillain. What’s more, Lex Luthor has the charisma and persuasive skills to rally a team of supervillains. Even the Joker has worked for Lex Luthor. Lex Luthor is also one of the few Golden Age comic book villains who has lasted since his debut.

Scarecrow (Dr. Jonathan Crane), the Master of Fear, made his debut in “World’s Finest Comics #3” in 1941. The ex-professor of psychology has been using his experimental toxins for years, exploiting the people of Gotham City with their phobias. Along with the Joker, Scarecrow is one of Batman’s most enduring villains. What makes him truly terrifying is that when he targets you, he makes you your worst enemy. Your mind betrays you, and you’re not able to separate fiction from reality — unless you’re the Joker, who doesn’t seem to be affected by Scarecrow’s toxin.

Klaw (Ulysses Klaue) is yet another man of science-turned-villains. He’s faced the Avengers, the Fantastic Four, Daredevil, and, of course, the Black Panther. His first appearance was in “Fantastic Four #53” in 1966. Due to a vibranium-powered sonic converter, Klaw was converted into a being of solid sound, with superhuman strength and durability.

The Joker is often seen as Batman’s arch-nemesis, but let’s say, for the sake of argument, that this isn’t necessarily true. What if there’s another villain who presents more internal conflict for Batman?

As CBR suggests, Batman’s real arch-nemesis could be Ra’s al Ghul, the immortal head of the League of Assassins. Of all the villains Batman has faced, Ra’s is the one who can truly match his genius. In fact, they share a lot in common. Ra’s first appearance was in “Batman #323” (1971). Ra’s is powerful, brilliant, and rich. Both Batman and Ra’s were born from tragedy — Batman from the loss of his parents and Ra’s from the loss of his wife. From the moment he was introduced, Ra’s was unlike any villain we’d seen before. What’s truly compelling about this villain is that he demonstrates what could have happened had Batman chosen another path.

Hela is based on the Norse goddess, Hel. First introduced in “Journey into Mystery #102” in 1964, Hela owns superhuman strength, agility, stamina, and speed. She’s so strong that she could engage in direct combat with Thor, and put up a good fight. On top of this, Hela has mystical powers, such as astral projection. Furthermore, as a Death Goddess, Hela has a pact with Death that allows her to claim the souls of any worshipper of the Asgardians.

Magneto might just be Marvel’s greatest villain — because he’s not really a villain.

In “X-Men #1”, Magneto was described as “Earth’s Most Powerful Super Villain.” But over the years, Magneto became so much more than a one-dimensional comic book crook. Stan Lee, Marvel Comics’ creative leader, himself even once said of Magneto:

“I did not think of Magneto as a bad guy. He just wanted to strike back at the people who were so bigoted and racist … he was trying to defend the mutants, and because society was not treating him fairly he was going to teach society a lesson. He was a danger of course … but I never thought of him as a villain.”

The clash of ideals between Professor X and Magneto paints Magneto as a villain, and although he has done evil things, he remains a friend of Professor X and, deep down, someone who just wants peace. This conflict is compelling and keeps us enthralled.

In the list of the world’s most notable comic book villains, Norman Osborn (the Green Goblin) was ranked #13 by IGN.  He is generally considered to be Spiderman’s archenemy. He is even responsible for the death of Gwen Stacy, the woman Spiderman loved.

While the Green Goblin originally appeared as a manifestation of Osborn’s insanity, Osborn’s power depends on his ability to keep his sanity intact — something less likely as time goes by.

Catwoman represents Batman’s chief female nemesis. Debuting in “The Cat,” back in 1940, Catwoman is a complicated character, being portrayed as a villain, an anti-heroine, and, of course, Batman’s love interest.

Thanos is certainly one of the most powerful villains of the Marvel Universe. As a mutant member of the superhuman race known as Titan Eternals, Thanos has had power bestowed upon him by Death. Thanos has superhuman speed, strength, stamina, and, of course, immortality. He is capable of telekinesis and telepathy and is accomplished in hand-to-hand combat. To make matters worse, he is also a genius, making him an almost undefeatable foe.

Darkseid is the tyrannical ruler of Apokolips, debuting in “Forever People #1” in 1971. He is one of the most powerful beings in the DC Universe, as well as an archenemy of the Justice League. Darkseid’s most notable powers are his Omega Beams, a pulse of energy he can omit from his eyes, capable of erasing people and objects from existence.

While Superman is resistant to his beams, they do cause a great deal of pain. Darkseid’s also got incredible amounts of super strength and can move with great speed, so much so he can even give Superman chase. Although he possesses these powers, and more, he usually chooses to use his superhuman intelligence to control or manipulate others to do his deeds.